The Friends of Petrie Island have submitted comments on the proposed development at Trim Road & Jeanne d’Arc Blvd.

It calls for amending the Official Plan, Schedule 2 (Urban Land Use) for the area of the site designated “Urban Employment Area” to “General Urban Area or Mixed use” in order to allow a major, potentially high-rise mixed residential and commercial development west of Trim Road, off Jeanne-d’Arc Boulevard. The Friends of Petrie Island have serious objections to this development as it presents at this point, and have made comments to City Planning as part of the consultation process. Here is a summary of the points made. You can make your opinions known to MP Marie-France Lalonde, MLA Stephen Blais, and Councillor Matt Luloff, as well as to the Rideau Valley Conservation Authority. Online reference: (https://app01.ottawa.ca/postingplans/appDetails.jsf?lang=en&appId=__B026NT)

– There has been a significant increase in visitor traffic at Petrie I. since 2015, along with bicycle traffic and dogs.

– We are aware that Ottawa’s Master Plan includes urban development in that sector, and understand that proximity to a major highway and transit station make the area desirable for expansion; the concern is with the scale and exact location.

– A large increase in population and traffic will put additional pressure on Petrie Island and Trim Road, which cannot safely accommodate the current pedestrian, vehicle and bicycle mix.

– Development of a public beach at Petrie Island has already destroyed habitat and negatively impacted the island environment.

– Petrie Island includes a nature preserve with a variety of plant and animal species, some at risk, some fairly rare in our area, and is a provincially significant wetland.

– Setting aside a nature preserve requires continuing protection, including the critical buffer zones that surround it, to prevent habitat fragmentation. – – – Towers with extensive glass surfaces would be a death trap for the thousands of migratory birds that stop over twice a year.• We are concerned with the aesthetics of high-rise buildings so close to the river, and the proposed development appears to be on the 100-year flood plain.

Our last dispatch of 2019 looks back at what a productive year it
has been.  The big theme is the power of Mother Nature as record
flooding, a tornado and extreme heat all served to remind us of who is really in charge! Notably access to the Island was delayed by
construction on the causeway in the winter.  Once spring arrived the
Islands were pretty much entirely under water with the exception of
the beach house and parts of the marina.  This lasted into June which
severely impacted clean up efforts and school tours.

Repairing and re-building took alot of the physical effort this summer as volunteers and summer staff worked on trails, displays, picnic areas, benches with much of it was washed away, damaged or covered in mud by the flooding.  Particular attention has been made to the anchoring of all our assets to better withstand future floods.  Our top purchase this fall was a new pump to help with clean up
activities.

That said it was a productive year from the education and awareness
side of things.  A grant from Canada Summer Jobs secured five summer staff who worked on interpretative signage, delivered nature programing ( including a new Youth Naturalist session), and helped with FOPI administration.  Youth Naturalists did more advanced activities including building insect hotels and bat houses and removal of invasive species.  A regular Plant Group was run on Tuesday evenings to work on a wildflower garden and encourage visitors to learn about the uses of native plants.  We ramped up social media and now have almost 1200 followers on the Facebook page, an active Facebook group with over 300 members and Instagram.  Other activities included articles in the community newspaper, a VIP Walk and Talk and an Art Day.

FOPI also continues to work to protect the flora and fauna of Petrie
Island.  One way is by monitoring and reinforcing the rules- no dogs
on the Island, no foraging, lower speeds where the turtles cross.
Turtle Day was very popular with over 400 attendees.  We also
harvested some vulnerable turtle eggs and put them in protected nests.  We were pleased with the interest in the release of the hatchlings in September with over 130 attendees over two days.  Another conservation activity was the Tree Inventory that we did with our partners and volunteers in August.  The central part of the Island was the focus this year and the work provided a solid baseline to track the overall health of the tree populations into the future.  Silver maples are the most common tree in this zone with the largest ones being over 100 cm in diameter.

Unfortunately the short season resulted in less revenue from tours and rentals.  As well, attendance at the Naturalist programs was down a bit.  On the plus side membership revenue was up, there are a couple new volunteers attending work days, and social media is going strong.
And another bright spot is interest from the Forest School and a local elementary school, Orleans Wood, in looking for ways to engage their students with Petrie Island.  One group of students even saved mussels that were stranded when the river’s water levels dropped.  Some students participated in guided walks on the Island learning about nature and how it changes with the seasons.

Overall, it was a very productive season with new and exciting
opportunities on the horizon for 2020.  We anticipate more ways for
people to get involved, perhaps in helping with guided walks or
improving interpretative materials.  Thank you very much for your
support through your memberships and participation.  We hope that you and yours have a wonderful holiday season and that we see you soon out on Petrie Island.

Things are starting to wind down at Petrie Island as summer is coming to an end. We would like to recognize and give a special thank you to our summer students; Emma, Emie, Atirah, Laura and Teyana, as well as part time summer student Justin, for their dedication and hard work. We would also like to thank our summer volunteers; Loriann, Anthony, and Christopher for all their help. Another important acknowledgment goes to our Wednesday Workday staff; Al, Paul, Mike, Steve, Gil, Martin, and Bill, who continuously contribute to the upkeep and restoration of the island.
For our three months here on Petrie Island there were many different projects that were completed following the flood damage. The cleanup and restoration of the area was a major ongoing project throughout the summer. Information boards and other displays were greatly affected by the floods, therefore restoring and improving the boards for the general public was a priority and a continuing task. We also misplaced many of our picnic tables and benches along our trails which were then graciously recovered by our Wednesday Workday staff. Despite many setbacks from the flood, such as starting our season late, we were still able to successfully run tours, our Naturalist Program, turtle conservation efforts, and the Tree Inventory.
This summer we had great success with our Naturalist Program for Preschool, Junior and Youth. Our Naturalist program this year featured talks about a specific topic, such as Turtles, Frogs etc., with a toured walk around our trails, games related to the subject, and a nature based craft to finish the program. This year our Naturalist program topics were all translated into french allowing our programs to be fully bilingual. Our Youth Naturalist programs were also quite successful with our Youth Naturalists contributing to Petrie Island through the construction and decorating of our new bug hotel, bee houses and bat houses. Thank you to all our Naturalists for a great summer and we hope to see you next year!
From August 17-18, FOPI held a Tree Inventory! The purpose of this event was to assess the biodiversity and the number of trees on Petrie Island, specifically in the Grand maitre Ecological Reserve. There were many trees affected by flooding, disease, and beavers, therefore, it was important to obtain this data. Sherry, our Head of Communications, meticulously organized the event to ensure it went as smoothly as possible. We had many volunteers able to attend both days to measure and identify trees and we were lucky enough to have two experts, Janet from the Ottawa Stewardship Council and Owen from the Ottawa Field Naturalists to help with the identification. Overall, the Tree Inventory was a success, and we would like to thank our volunteers and experts for helping us make this event possible.

Although we experienced some setbacks this year, through the hard work of our summer staff and volunteers, the generous donations, rentals, tours and programs, we were still able to have a great summer. FOPI hopes to see you all next year for another amazing summer! 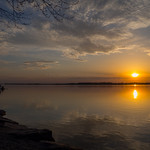 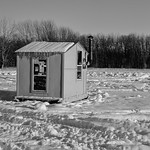 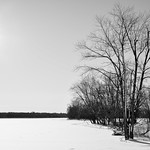