This small complex of wetlands, riparian thickets, flood plain forest, river shoreline and open areas provides an excellent mix of habitat for a wide variety of bird species. As of September 2006, 131 species of birds have been recorded for this area.

The primary habitat here, is the large provincially significant wetland which is best viewed by canoe. However, if you prefer to stay on dry land, a good vantage point from which to look over the marsh occurs just after you cross the causeway to the island.  From here you should be able to see a number of waterfowl, herons, the rare black terns, and if you listen carefully, hear the singing of marsh wrens from the cat-tail thickets.

The main trail from the parking lot skirts the Ottawa River and takes you past backwaters, open scrubby areas, and floodplain forest with the regionally rare hackberry stand and thicket of the rare bladdernut shrub. It is along this trail that many of the birds on the island can be found. Other small tracks lead away from the island’s only road at various points and all are worth exploring.

Some bird species remain year round, not just on Petrie Island but throughout the region. These birds are called ‘resident

species’ because they do not migrate out of our area. Familiar birds such as the black-capped chickadee and the cardinal are two such resident species. Others include rock dove, downy woodpecker, hairy woodpecker, crow, white-breasted nuthatch and house sparrow.

By late March you should see male red-winged blackbirds  in the marshes and  grackles and  cowbirds along the forest edge. The female blackbirds follow much later, leaving the male to lay claim to a patch of the marsh where they’ll build their nest. One of the earliest swallows to reach our area is the tree swallow, often arriving at the beginning of April.

By mid-month migration is heating up and many birds have returned to the area. However, May is the month when most of the neotropical migrants (birds that overwinter in Latin America and come north to breed) arrive. Neotropical migrants include warblers, vireos, many thrushes, and orioles. Sixteen species of warblers have been observed to date on the island, but only a few remain to nest. High up in the canopies of the trees you might see the richly coloured magnolia warblers, while the ground-dwelling ovenbird, a thrush-like warbler can be heard calling from the woods. Near water look and listen for the northern waterthrush, another inconspicuous warbler.

By now gulls have returned in force and you might spot the black-headed Bonaparte’s gull along the river. Watch for woodcock in the woods at the end of the main trail. They can be hard to find, but patience will reward you. Great blue herons are familiar to most people, and there are always one or two patrolling the sloughs and marshes. We don’t know for sure if they breed on the island, although it is more likely that they nest elsewhere and fish for food in the island’s waterways.

This is a busy season for birds. In just a few short months they must set up territory,  find a mate, build a nest, lay eggs, and raise their young. Many of the birds we see in this region are really birds of the new-world tropics, coming north for only one purpose: to find safe nesting sites. Look for cavity-nesting great-crested flycatchers on the woodland edge, and eastern kingbirds in the open areas. Also watch for nesting yellow  warbler, common  yellowthroat  warbler, and black-and-white warbler. American redstart probably nests here too, but we haven’t yet found evidence.

Many people are surpised to learn that the colourful little wood duck is a cavity nester, readily using the large nest boxes you’ll see scattered here and there  in trees near the water’s edge. A high-pitched twittering sound overhead indicates the presence of  chimney swifts. These birds are easily distinguished

from swallows by their very distinctive stiff-winged flight. By mid-July keep an eye out for returning shorebirds. Many have left their northern nesting grounds and are already beginning the great trek south. Scan the mudflats and shoreline for sanderling, least sandpiper, lesser yellowlegs and dunlin as well as other species.

There hasn’t been a systematic breeding bird survey carried out on the island yet, but the years 2001-2005 will see theOntario Breeding Bird Atlas project carried out across the province, including Petrie, so we hope to have more nesting information as the project progresses. You can help by recording any nesting information you find and reporting it to us at 798-1620.

As days shorten and nights cool, you’ll notice an increase in activity amongst birds. Feeling the urge for warmer climates they begin feeding heavily to build up the fat reserves that will allow long periods of non-stop flight. When they do find suitable stopover points such as Petrie Island, they may remain for a few hours or a few days to rest and fuel up again. Warblers again visit  the island, many sporting their dull fall plumage. The swallows that are so visible in late summer are gone by early fall. Like

many insect eaters they must leave before their food supply vanishes. Watch forwhite-throated and  white-crowned sparrows searching the leaf litter on the forest floor for food. Out on the river you should see various grebes, loons, and some of the diving ducks such as bufflehead, lesser scaup and ring-necked duck.

When winter’s chill grips our region, the last lingering migrants retreat southward, to be replaced by winter visitors such as American tree sparrows and snow buntings which join the hardy resident species.  Scan the trees for owls, one winter a rare visitor to this area, a great gray owl  was observed.

Occasionally purple finches and evening grosbeaks  can be found. We expect to see other winter finches such as redpolls so keep your eyes open and report any sightings to us. As long as water remains open you should  see some water birds out on the river and there is always room for a surprise In the early winter of 1998 a mute swan was observed just off the eastern end of the island.

CUMULATIVE SPECIES LIST:  The following list shows the 131 species found to date in this area. Breeding birds are noted with an asterisk (*) and those we think are breeding are noted by an asterisk and a question mark (*?). 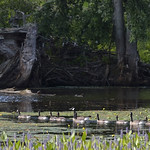 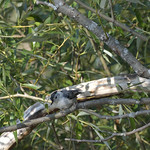 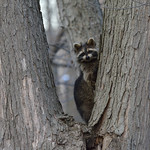