I saw twin bolts of lightning during the first storm, obviously hitting somewhere near Jean D’Arc (North Service). It caught our little dog as he was looking out the patio door. He has been sleeping sheepishly since.

Al Tweddle just confirmed serious damage, many trees down, one hitting the Morin house, another missing the trail shed. Others fell on Turtle Trail, across the road between our location and Morin house. Al reports no other damage, unless you include the wet floor in the container, he having left the end open. So all is OK, we trust the City will clean up. The power pole to the pavilion was split by lightning, it appears, and there are trees down along the access road past the causeway. Hydro was on site, and their report on the outage app showed two sites on Petrie, undefined (when I looked it up before we lost power ourselves.)

Found the Blanding’s Turtle this morning. It was just in front of the “Turtle Viewing Platform” and only had its head sticking up. First one I have ever found in August. Usually see females in June and males in October.

Its been a long time since we’d been down to Petrie and even longer since I sent in a “Dispatch”. We found ourselves at Petrie at 1:30pm on June 21st, not the best time to see things, but we headed out for what was a 4.5km walk to renew old acquaintances. We checked out all the trails but the Sunrise Trail.

Lots of people fishing, didn’t see anyone catching anything, but then fishing isn’t always about catching fish. There were a few heron around in the bay to the west of the access road, but no ducks.

It wasn’t the best time of the day to see turtles – too many people and sun too hot – but we did see a few good sized map turtles as well as the usual painted turtles. There were a few destroyed snapping turtle nests, but nothing like the number I used to see. Fewer turtles? Fewer predators? Better protection?

The yellow iris and blue iris (blue flag) were out in many places as well as lots of anemones and one fern still in fiddlehead stage.

Canada Geese I know have been at Petrie for a while, but they were never there when I frequented the Island 10-15 years ago. There were 6 geese in the bay by the Beaver Trail. One family with 3 goslings at “causeway” on the Bill Holland Trail and another family with 5-6 younger goslings were crossing the road at the start of the Bill Holland Trail.

A few mallards were swimming in various spots included a pair, the male of which was blue, almost purple, headed. There was no green sheen. I checked for blue/purple headed mallards on the web and it seems they are not unheard of. The reason for the odd colour is not certain, but some think it is a sign of low testosterone – either for genetic reasons, or younger duck. Given this was the first one I have noticed, I suspect the testosterone rational might be a better story.

A good number of leopard frogs were along the trails and a few bull frogs were heard and seen.

Of course beaver aren’t in evidence at that time of the day, but there were signs of beavers at work last fall and several beaver lodges, included one on top of one that was deserted many years ago.

We’ll have to make a point of coming down much earlier sometime in the future to get a feel of the “real” Petrie.

The road to the island is now open; however, most of the trails are partially flooded and have limited access. We foresee that they will be clear within the next week. We are excited to say that the temporary Nature Centre is open and we have staff on duty daily. Feel free to ask them about our programs and memberships for the summer.

The City granted us with a trailer that we will be using as an office and we are working on obtaining a shipping container where we will be able to put our displays.

Our 4 summer students: Emma, Manisha, Alessia, and Émie are currently working hard to plan and prepare events for our opening within the next week.

About 55 Grade 7 and 8 students from Ashbury College came out on April 20th to help with an Earth Day Cleanup.  On May 6th, we had great success with our Jane’s Walk about turtles, and a turnout of around 40 people. Although the roads and Nature trails were flooded, we met on the causeway and brought out displays that people really enjoyed

Saturday, June 2nd from 10AM – 3PM is our registration/information day, which will be hosted at the Nature Centre. If you have any questions with regards to our programs and opportunities this summer,  we invite you to come out and get more information.

We are looking forward to our WWF cleanup on Sunday, June 3rd where we expect about 300 people. We intend to get our Nature trails and the Nature Centre in great condition for this summer.

From Dan Chenier, General Manager, Recreation, Cultural and Facility Services, City of Ottawa, regarding FOPI’s nature centre, or interpretation centre.  This was an old cottage built by the Grandmaitre family in the 1960’s.  It is now demolished.

The City has received the condition assessment report that was undertaken by Concentric Associates International Inc.  Their report outlines the findings of their investigation and details a significant list of deficiencies that are related to original construction issues, poor construction practices and foundation displacement and settlement issues.   Important deficiencies identified include sagging of the roof, main floor and exterior deck, the building does not appear to be mechanically connected to the foundation in a tangible way, load bearing columns that rest on plywood floors between joists with inadequate support, at some locations the existing exterior grade is higher than the floor framing,  floor beams that do not appear to be structurally adequate for the current occupancy, and more.

Based on the consultant’s review, it is their recommendation that the structure is not fit for occupancy without extensive remediation.  This would include at a minimum upgrades to the foundation system, reinforcement of existing floor beams, wood blocking within the floor system, lintel reinforcement, and modifications or replacement of the exterior canopy framing.   Given the age of the structure and the extent of work required, the consultant recommends that we demolish the building.   Preliminary cost estimates from the structural elements only (not including permits, taxes or engineering fees) is pegged at a minimum of $150,000, though it is reasonable to assume that the final cost would be more than this when restoring interior finishes, accessibility requirements and programming needs are included.

Given the above, we are recommending that the building be demolished.   As well, as an interim measure we are proposing to install a trailer that could be used by your group as a home base for your activities at the park.  The trailer is City owned and has been renovated.  I am attaching pictures to give you a better idea.  We would propose to install the required equipment so that a hydro connection can be made to the trailer and restore your access to electricity.   The trailer would be set down on a gravel bed, and we would discuss with RVCA whether it had to be removed each winter, or whether it could stay.   This is being proposed as an immediate and temporary solution to the loss of the cottage building and to allow more time to work on a more permanent solution and the funding that would be required to achieve this.

We understand the value that the cottage building brought to programming at the site, and the important role in played in the environmental activities at Petrie.  Unfortunately, the building has reached its end of life.  The Asset Management Unit will take the lead on arranging for the demolition.  Preliminary discussions indicate that it may be possible to get this completed before winter. 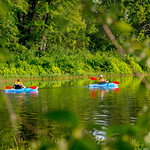 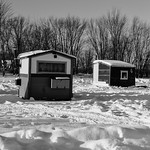 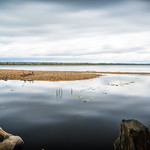