From Dan Chenier, General Manager, Recreation, Cultural and Facility Services, City of Ottawa, regarding FOPI’s nature centre, or interpretation centre.  This was an old cottage built by the Grandmaitre family in the 1960’s.  It is now demolished.

The City has received the condition assessment report that was undertaken by Concentric Associates International Inc.  Their report outlines the findings of their investigation and details a significant list of deficiencies that are related to original construction issues, poor construction practices and foundation displacement and settlement issues.   Important deficiencies identified include sagging of the roof, main floor and exterior deck, the building does not appear to be mechanically connected to the foundation in a tangible way, load bearing columns that rest on plywood floors between joists with inadequate support, at some locations the existing exterior grade is higher than the floor framing,  floor beams that do not appear to be structurally adequate for the current occupancy, and more.

Based on the consultant’s review, it is their recommendation that the structure is not fit for occupancy without extensive remediation.  This would include at a minimum upgrades to the foundation system, reinforcement of existing floor beams, wood blocking within the floor system, lintel reinforcement, and modifications or replacement of the exterior canopy framing.   Given the age of the structure and the extent of work required, the consultant recommends that we demolish the building.   Preliminary cost estimates from the structural elements only (not including permits, taxes or engineering fees) is pegged at a minimum of $150,000, though it is reasonable to assume that the final cost would be more than this when restoring interior finishes, accessibility requirements and programming needs are included.

Given the above, we are recommending that the building be demolished.   As well, as an interim measure we are proposing to install a trailer that could be used by your group as a home base for your activities at the park.  The trailer is City owned and has been renovated.  I am attaching pictures to give you a better idea.  We would propose to install the required equipment so that a hydro connection can be made to the trailer and restore your access to electricity.   The trailer would be set down on a gravel bed, and we would discuss with RVCA whether it had to be removed each winter, or whether it could stay.   This is being proposed as an immediate and temporary solution to the loss of the cottage building and to allow more time to work on a more permanent solution and the funding that would be required to achieve this.

We understand the value that the cottage building brought to programming at the site, and the important role in played in the environmental activities at Petrie.  Unfortunately, the building has reached its end of life.  The Asset Management Unit will take the lead on arranging for the demolition.  Preliminary discussions indicate that it may be possible to get this completed before winter. 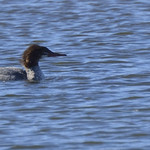 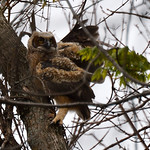